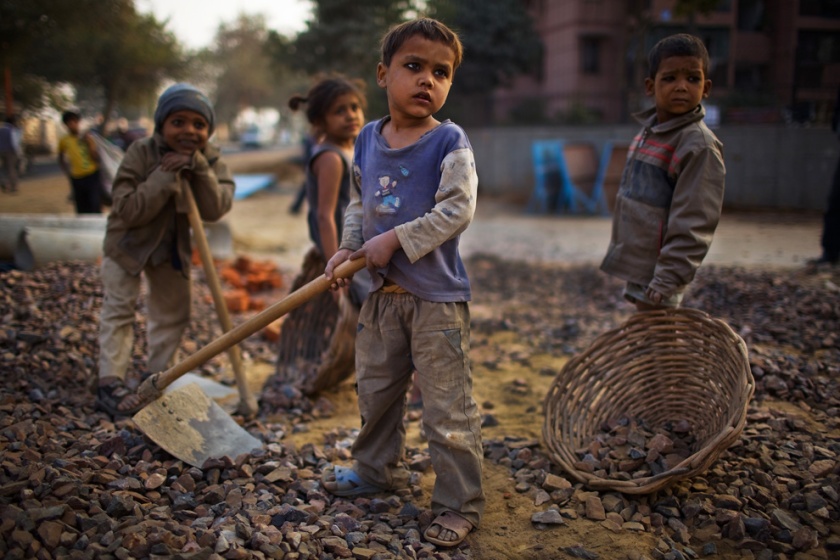 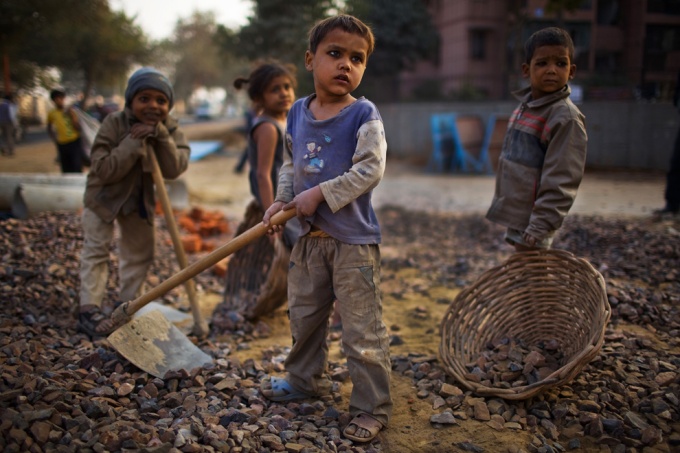 Over 3,000 years ago, the Hindu caste system came into place.  The idea of the caste system was to bring order based on jobs you could have and a level of importance.  The Brahmins are the priests and teachers who are the highest of the caste system. Next are the soldiers and rulers who are known as the Kshatriyas.  Vaisyas are merchants and traders.  At the bottom of the caste system are the laborers and the servants known as Sudras.  Beneath the entire structure are the Dalits. They are known as being less than human and “Untouchables” who are ignored by the rest of society and are usually put into intense slavery.

The Dalits are given the lowest jobs of cleaning toilets and sewers, burning the dead, given hard labor jobs (often with little to no pay), or have no jobs at all.  They live in separate settlements which are usually the dirtiest slums with piles of garbage surrounding them because that is how they are perceived as.  They cannot use the same wells, cannot worship in temples, and have the highest illiteracy rate in Hindu nations, often denied access to education completely. 10-37% of Dalits can actually read and write.  Those who do attend school receive mental abuse from teachers, have to sit in the back of the classrooms, and are the ones who have to clean the toilets in the schools.

According to Human Rights Education Movement of India, When it comes to life in general, because the Dalits are nobodies, only 1% of those who commit crimes against a Dalit are ever convicted.  Every hour, two Dalits are assaulted, three Dalit women raped, two Dalits murdered and two Dalit houses burned.  They are not even allowed to wear sandals when in the presence of high castes.  They are highly segregated and are not even allowed to use some of the main roads, causing them to have to travel further to their jobs by taking differing routes.

Here’s one of the worst parts of being a Dalit girl.  Girls are already unwanted and looked down on.  They are often killed or abandoned at birth. Some are promised to be “married” to the gods, given special beads to mark her as owned by them.  By the age of 12 they are expected to become temple prostitutes for the priests to abuse or sell to use however he may desire. These girls are called Devadasi.  Read their usual timeline through this info graph.

Feel led to help the Dalits in some way?
The following are organizations that reach out to change the lives of the Dalit people.  You can provide jobs for them, help give education, sponsor children and families, give them shoes, provide meals and clothing, and help them find a way to see how important they are.  Let’s help them know they are indeed humans who deserve freedom and justice.

This site uses Akismet to reduce spam. Learn how your comment data is processed.